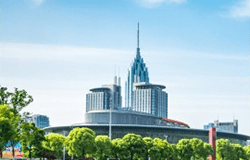 iRunFar: Justin Mock runs down the results from this weekend including a new 100 mile World Record, Canyons 100k results, and various ultramarathon events from around the world. More on Canyons below.

Treeline Journal: Canyons 100k play by play from Chase Parnell. I’m assume you’re noticing the in depth previews and recaps Chase has been putting out recently. I interviewed him 18 months ago as he left his attorney job to focus full time on ultra/trail media and he’s doing a superb job. If you haven’t subscribed to his Patreon, now may be a good time.

Lize Brittin questions the claim that having more female coaches will lead to a “safer” environment.

You’ll be hearing more about this soon: The Western States Endurance Run team will be hosting a 100k next year. Not on the famed course, but nearby on some incredible trails. Stay tuned.

It’s Monday. Grab some coffee, sit back and watch Fiona Apple cover The Waterboys’ The Whole of the Moon.

The RDs begged and pleaded. They showed evidence and data based on science and they pointed to other examples of races from around the country, but at the end, the USFS decided not to permit any special events in Southern California, putting a stake into the heart of the San Diego 100. Absolute horse*t. These agencies and decision makers need to be shamed and called out and race directors need to band together and start pushing back against the capricious rules and regulations for permits.

Which US states produced the most craft beer during funky 2020?

I took my daughter Sunny (11) up to Canyons Friday afternoon to help volunteer and camp out the night before the race. She and I helped set up, we ate some pizza with race staff, then we hit the tent early for a 3:45am alarm. She helped out at the start line, I made all the announcements and started the race, and we quickly hitched a port-a-john to my SUV to take to mile 16. We bounced from aid station to aid station frantically scribbling down bib numbers , converting them to tweets (she sent her first official tweet of her life), and screeching on the brakes when we found more than one bar of coverage. We ate in Foresthill and watched the top men and women come through, then four wheeled out to Devil’s Thumb (mile 50ish) where we found no snow (rumors! lies!), but did find runners coming thru en route to Deadwood Cemetary where they ‘d then go back down a canyon then up a 3k’ climb to the finish. In order to catch the top fellas (and make our way back the mountain road), we left 20 minutes after Beth Pascall came through…all she said to us was “how far ahead are they?” as she put on an absolute clinic on how to run a competitive mountain 100k. I announced the race winners, while Sunny was up trail calling out bib numbers to me. After six hours of her surviving on nothing but Stroopwaffles and needing to get back home for her BFF’s slumber party, we took off and I handed the mic off to Reggie White to call the rest of the race.

So…more on the race. It was apparent from the first aid station (mile 8) that Beth Pascall wasn’t messing around. She had a confident and commanding lead and at no point during the remaining 53 miles did she crack. Hers one of those “so good it’s kinda boring” race reports. The rest of the women were interesting to watch. At no point during the day did I see YiOu come (not sure where she eventually dropped through), and I was delighted to see a big smile on Emily Hawgood’s face at every single stop. Abby Hall seemed to have her suffering under control and didn’t waver. She nailed the race and eventually earned herself a Golden Ticket. Final comment on the women’s race…As we were waiting for the first woman to come into the parking lot, Beth Pascall appeared and flew through the finish line. I quickly announced her name, then jumped on the radio and asked Sunny how in the WORLD she missed the top woman?!? Not at Canyons! Not the top woman! Noooo! Turns out, Beth had taken a slightly wrong turn in the final quarter mile (missing Sunny), but met back up with the course and finished. I didn’t know this until she approached me and told me “I think I took a wrong turn somewhere.” My first call was to Chaz the RD to help determine the next steps (she had such a lead that she just ran back to where she the turn and finished the course correctly, her official time reflecting her “second finish”) and my second call was to Sunny to apologize for freaking out.

And for the men. I gotta admit, I didn’t have Anthony Costales (URP interview) for the win. I knew Max would be up there, but this was Anthony’s first 100k and with a field this deep, well…I was wrong. From the start, he was either in the first group or just behind it, then by Devil’s Thumb he’d really opened it up. Noah was chasing him down hard but Anthony kept his foot on the pedal and never cracked, eventually finishing with a sub 9 min/mile average on a course with 16k’ of gain. DAMN. Max King did what Max does. Stayed towards the front and kept picking people off, eventually finishing a strong second and earning himself a Golden Ticket to Western States. I’ll never, ever bet against Max in a race. The dude has the fitness and wisdom to succeed in any ultramarathon or trail event. Some of the names I wasn’t familiar with were Preston “I’m never doing that again” Cates from Arkansas and Peter Van der Zon from Switzerland who in his post interview chat with me said “ya, zee course was pretty flat compared to zee Alps.” Laney looked OK, then kept looking stronger as the race progressed, and Paddy O’Leary was cheery with confidence.

All and all a fun day to volunteer, a rewarding father/daughter experience, and a great day as California kinda sorta somewhat reopened for racing. Chaz, Sean, and the rest of the crew with Epic Endurance Events put on a spectacular event during a crazy time and from what I saw, everything went smoothly (except, apparently my writing. I don’t think I posted a Tweet withOUT a typo in it all day!) hopefully permitting agencies can use their model to start allowing more events to take place.