The Big Unit Has Big Goals for 2022 – Triathlete 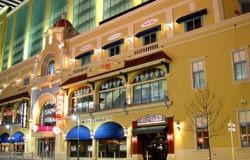 Although it might feel like Sam Long has already done plenty to move and shake triathlon, we aren’t alone in believing there’s much more to come in 2022—and, with his unique style, distinct brand (including t-shirts and pink socks) , and “Yo yo yo!” catchphrase, he may be setting the direction for American racing both on and off the course for the next few years. There were several performances last year from the “Big Unit” that helped him stamp his authority on the triathlon scene and prove he’s now America’s fastest male long-course talent. His second-place finish at 70.3 Worlds was certainly one of them, but prior to that he’d already turned heads at 70.3 St. George when he ran shoulder-to-shoulder with Lionel Sanders all the way to an epic finish line sprint. When the pair met again at Ironman Coeur d’Alene, Long made light work of Sanders on a staggeringly hot run course, going on to take the win in a course record time. And the fact that Long showed he’s got what it takes when the mercury rises was noted by those wondering how he might fare on his debut in Kona.

RELATED: Why the Lionel Sanders vs. Sam Long Rivalry is So Good for Triathlon

Of course, this year will be the true test of both Long’s talent, composure, and potential. With two Ironman world championships on his docket, as well as 70.3 Worlds, the Boulder native will have plentiful opportunities to line up against the very best in the sport and see what he’s made of. While his swim remains his tender spot (he typically has a two- to three-minute deficit to make up to the lead pack upon exiting the water over the full distance), his bike power and prowess is formidable and, under the steady tutelage of his coach and former Olympian Ryan Bolton, his run form and fitness continues to go from strength to strength. (Check out this “casual” marathon he did in training a few weeks ago.)

While many of Long’s rivals have lambasted him for his pre-race smack talking and social media jabs—and it’s not something he’s previously shifted away from—it seems as though the young American is carrying a different mindset into 2022: “I’m really excited about this upcoming season,” he said. “I feel I am in a place where I have calmed down in my approach. The immediate need to win has calmed down as I feel a sense of security and belonging in the sport for a long time to come. This allows me to really focus on my approach and target races I truly care about.”

Of his winter training, he said: “I have seen the biggest gains in the pool so far this year. It has been a great process and I am both excited and also nervous to see them translate into the open water. I feel very confident I will continue to see the level of improvement in the sport I have the last few years. The Ironman world champs in St. George is the race I am most excited about.”

This is a philosophy shared by Bolton, who said the world championship race in St. George, as well as 70.3 Worlds, will be his athlete’s two major races. He said: “These past few years were a lot about development for Sam, and now that he has ‘arrived,’ a big focus will be on nailing the really big races. Neither of us are interested in cherry picking second-tier races, and his focus will be winning the big ones.”

Bolton said that Long’s winter training is on track and, as with last winter, there’s been a big emphasis on improving swim technique, efficiency, and speed. “His current numbers are well ahead of where he’s ever been at this time of the season and we’re even seeing all-time PRs (from when he was in top condition) in key sets,” Bolton said. “Even with that we won’t let up with a swim emphasis, as that is one of the primary things we need to work on for the foreseeable future. I can concretely say that he’s in a better place in all three sports right now than he ever has been at this time of the year.”

It would seem that there are many in the industry who also believe in Long’s future in the sport, as he has recently revealed an attractive new portfolio of sponsors for the season ahead. Among them are the likes of Trek, Asics, Zoot, and DT Swiss, all of whom are brands well accustomed to backing some of triathlon’s most successful players, typically with multi-season contracts that handsomely reward podium performances on the sport’s biggest stages.

Whatever the season ahead brings for Long, we’re fairly sure it’s going to involve seeing him (and hearing his catchphrase) on many more podiums.