On the Ground at the Boston Marathon 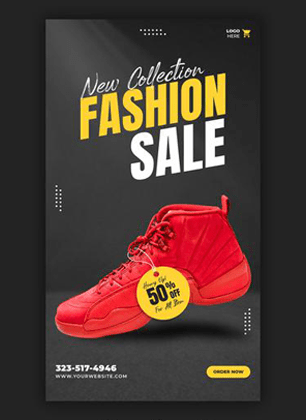 In this podcast episode we recap the 125th Boston Marathon. Feel the energy from the crowds and hear from runners at the MTA Meet up. Coach Angie takes you along the course and shares interesting facts about the world’s most prestigious marathon.

The date of the 2021 Boston Marathon was changed from Patriot’s Day in April to October 11th– a full 910 days after the last Boston Marathon in 2019. It took place the day after the Chicago Marathon (a number of runners did a double requiring logistical and physical endurance).

Excitement about the marathon was evident everywhere in Boston. Runners were so happy to be doing an in-person race and having achieved the goal of being there. The city of Boston displayed banners along Boylston Street celebrating the 125 year history of the marathon.

We did a lunch MTA meeting and had around 40 people in attendance. Big thanks to everyone who came out!

Trevor was kind enough to walk with me to the bus loading area in the Boston Commons. There were specific bus loading times depending on your bib color and my loading time was 8:15 am. To get into the loading area we had to show our wristband (obtained by providing proof of vaccination or a negative Covid test), bib, and have a mask. No gear check bags were allowed on the buses (although they did allow a clear gallon sized plastic bag for food and drink- things you didn’t need to have returned post race). There was a separate gear check area set up in advance of the Boston Commons. If you listened to this episode you heard about the bus debacle- getting lost, the scary turn around, the bus driver crying, and all of us walking 1.5 miles uphill to Hopkinton. Later I learned that my bus wasn’t the only one that got off course. A Boston Globe story states-

Several buses shuttling runners to Hopkinton did not make it to the designated drop off spot near the Boston Marathon starting line, instead dumping people at a cross street blocked by police about a mile and half from the start. Police at the closed off intersection said at least eight buses got lost on the starting line of the 125th Boston Marathon. The dozens of runners unlucky enough to be stuck on the buses faced a mile and a half uphill climb before their races even began.

When I started I felt relieved to be there (especially after the bus drama). But I also had a lot of uncertainty. My training cycle had been plagued by hamstring issues and I was unsure of how my marathon experience would be. Spirit of the Marathon

I really had no idea what was going to happen out there except that I was going to give it my all and finish with a smile on my face. My last marathon back in May had been very challenging resulting in my walking the second half and I knew something similar that might happen at Boston too. But I also wanted to stay mentally strong and be open to possibility.

At the 1 mile mark there’s the Spirit of the Marathon statue honoring 1946 champion Stylianos Kyriakides of Greece. He’s a runner who exemplified strength in adversity while still having compassion and desire to help others. Along this vein I borrowed a mantra from Academy Member Pat from TX which was, “light feet, strong legs, tough mind” and I added “open heart.”

Ashland
The town of Ashland features Marathon Park (located off the route) which overlooks the scenic Sudbury River Reservoir. I felt very grateful to be out running the Boston course during the fall which is my favorite time of year. The leaves were turning brilliant colors and the tree cover helped shade the course. There was so much beauty to take in. When I ran Boston the first time in 2015 it was one of those cold and rainy years. I remember my focus narrowing inward and not noticing much about the course. This year was the exact opposite and I was able to take it all in.

Framingham
The town of Framingham has the historic Rail Depot around the 10k mark. Many spectators catch the commuter rail into the city to see the race’s final miles. Maybe it was my imagination but it seemed like crowd support was stronger than ever and the energy and excitement from the spectators (and other runners) was amazing.

One part of the crowd support was named Spencer, a therapy dog ​​and staple along the Boston course, who was back after surviving the removal of a major tumor. He’s a golden retriever who holds a cheer flag in his mouth that says We Are Boston Strong. I actually saw him out there, not knowing the whole story at the time. Many people gathered with friends and family to turn spectating into a fun group event. The weather was a bit warmer than I like and humid (temps in the morning were low 60’s and climbed to low 70’s in the afternoon). My shorts were dripping wet and sweat did not seem to evaporate. I drank water at every aid station located at mile intervals. They were well organized with sports drink first and then water and there were three aid stations with energy gels. I used UCAN bars to fuel and had strong energy levels throughout the race.

I started having my normal upper hamstring pain before the halfway point and I had no idea whether it would proceed to full hamstring cramping and weakness (like it’s done before) or not. I got to 13.1 miles in approximately 1:54 and allowed myself to briefly hope for a sub-4 finish. If you look at my early splits for the race you’ll see a strategy that I don’t recommend if you’re aiming to run a strong marathon or PR. My first mile was my fastest and the slowest miles were 17 and 21. I went out strong and faded significantly in the second half.

Wellesley
One of the most famous parts of the course is located in the town of Wellesley (around mile 14) which is known for the Scream Tunnel at Wellesley College (and also some unique signs). You can hear the sound before you see it. It’s a good place to get fired up because the Newton Hills are coming. After Wellesley there’s a fast downhill section which hopefully helps shake the legs out before the hills begin. At this point in the course I knew that I would be walking the uphill sections if I hoped to keep my hamstring as happy as possible. I was also in uncharted territory because I hadn’t been able to get past a 15 mile long run in my training.

Newton
The infamous Newton Hills are a series of four hills that start shortly after mile 16. At the base of Heartbreak Hill is the “Young at Heart” statue featuring 58 time Boston finisher Johnny Kelley. Also, at mile 20.4 (where Heartbreak Hill is well underway) a wood carving made its debut this year featuring a runner cresting Heartbreak Hill (it’s at the corner of Commonwealth and Grant Ave in Newton). I unabashedly walked all four of these hills and I wasn’t the only one.

The highest point in the race course is the start line in Hopkinton at 463 feet. Heartbreak Hill rises to 263 feet.

Only 10% of the course is run in the Boston city limits (2.6 miles). When you get to mile 25 you can see the famous Citgo sign and there’s such a sense of relief knowing that you’re nearly there. Don’t listen to the people who say “you’re almost there” before that point 🙂 Soon afterward the course turns right onto Hereford St. and then left onto Boylston to finish near the John Hancock Tower in Copley Square.

The crowds aren’t sparse along the marathon course but once you get onto Boylston it reaches another level. I was able to see (and hear) Trevor and Coach Nicole. Runners are literally doing whatever it takes to cross the finish line strong. I remember feeling strong emotion, kind of a tightness in my chest and throat. The sense of relief and excitement was palpable. It’s one of the most exciting finish lines in the world. I was so thankful to finish my 68th marathon in 4:04:38! UCAN -has the remarkable ability to provide a steady release of energy without spiking blood sugar levels. This helps you focus through long days, last longer in training, and keep hunger in check – without compromising your health. Fuel your next personal best with UCAN and SAVE 20% on your order with code MTACHALLENGE.

MetPro -working with a nutritionist from MetPro helped me BQ at two marathons. Speak with a Metabolic Expert to review your current habits, discuss your lifestyle needs and receive actionable steps toward achieving your goals whether it is to lose weight or change your body composition. Get $500 off their concierge coaching if you use our link.