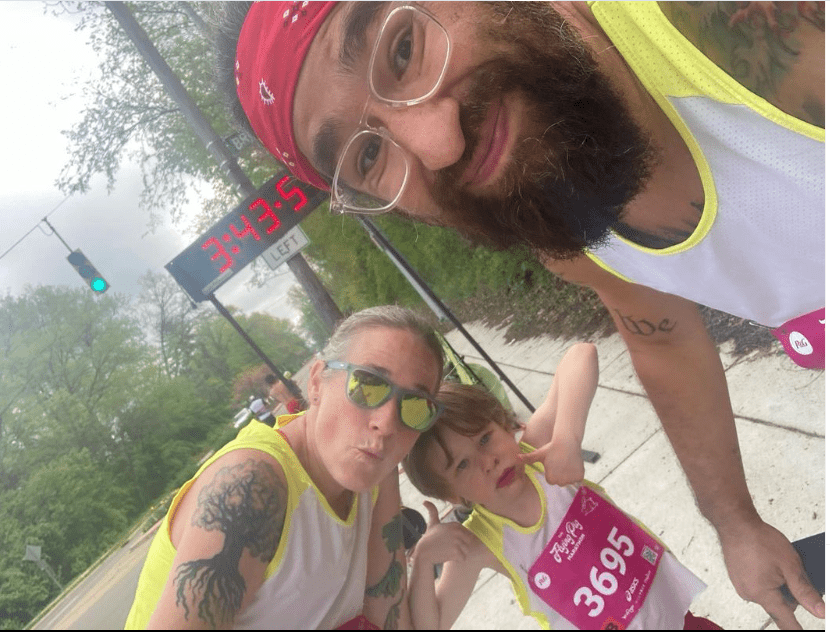 Two Kentucky parents have been criticised on social media for running a marathon with their six-year-old son. Kami and Ben Crawford shared on Instagram that their son Rainier ran the Flying Pig Marathon in Cincinnati earlier this month and that at mile 20 he was “having physical problems and wanted to take a break and sit for three minutes”.

In an Instagram post, the Crawfords said Rainier was “crying and moving slowly”, so he was promised two sleeves of Pringles crisps if he continued the journey. “I had to promise him another sleeve to get him in the family photo at the finish line. Today I paid him,” reads an Instagram post showing Rainier holding Pringles lenses.

They have written about the marathon several times and have received a lot of attention and critical comments. However, the Crawfords are sticking to their decision to run the marathon with Rainier and their other children.

One commentator wrote: “He looks sad and exhausted. I can’t believe what people do to get likes.”

“It was a shocking story to read. Too young,” wrote another.

After their post received widespread attention, the parents claimed that child protection officials came unannounced to their home to interview their child after others had reported the abuse.

In a later post, they defended their decision to run races with their children, saying that “in nine years we have won a total of 53 medals – most of them for children” and that Rainier was begging to run marathons.

When the Crawford family requested an interview, they sent CBS News a form with common questions they had written about running the marathon with their six-year-old child. They said that since their child started running, they have noticed an increase in their happiness and health.

They said Rainier was happy about the race and that the decision to run was his own choice. “Our six-year-old had over two adults monitoring his health, mood and safety full time throughout the race. Her mother has a bachelor’s degree in nursing and was a registered nurse,” the FAQ message reads. “With an average finish time of over 8 hours, the marathon was run at a walking pace.”

They say Rainier was asked several times if he wanted to quit, but it was clear he wanted to continue. Although they promised their son Pringles, it was because they thought there was a snack table around mile 20, but there were no chips left when they arrived.

“I shared this moment on social media because it’s a little tool we use to motivate our kids and I thought it was a funny story that many parents can relate to,” the parents wrote. “It wasn’t meant to be a full race report or a summary of Rainier’s motivation for running at all.”

“His crying and slow movements were due to his emotional disappointment and the usual marathon fatigue. He was not at all interested in finishing the marathon for good. His favorite flavors are sour cream and onions,” they said.

The Crawfords said that most of the feedback they have received has been very encouraging, but that “there is an elite group of runners who use their big platforms to control running for everyone, citing outdated research and inbred rhetoric to prevent others from enjoying running”.

On May 7, a week after the marathon, the Crawfords also wrote an open letter about allowing their children to run marathons, explaining that their “goal from the beginning has been to make running fun” and that “as kids get older, training for marathons is 100% optional.” We have never emphasized competition”.

The Crawfords say marathons take six to eight hours to complete, and “we take game breaks, go and eat and drink whatever we want”. 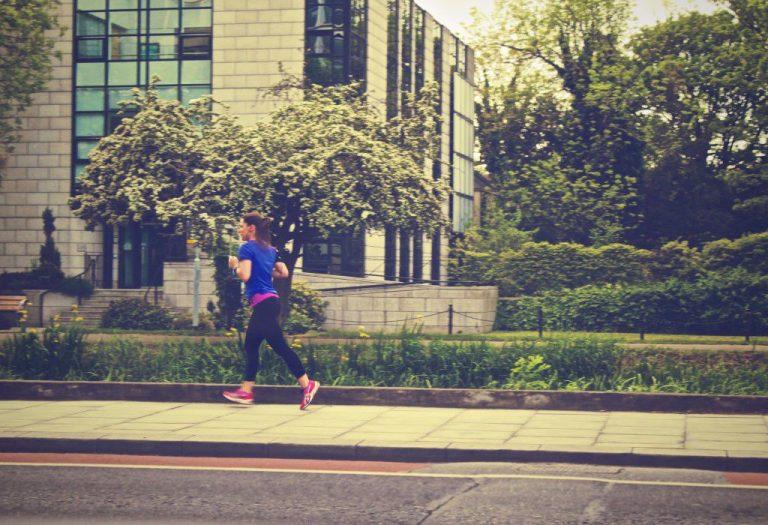 Which is better, walking or ...